At the 2017 Movement Builders Awards we celebrated leaders who are building a movement to secure good jobs, sustainable communities, and an accountable democracy for all New Yorkers.

As our ED Maritza Silva-Farrell said at the event:

“We know that we need to build power, and the surest way to build that power is to organize.  We need to come together and build a multi-racial, multi ethnic movement and create an inclusive society. To do that will take discipline, courage, patience, and working together.”

Watch a short video with the highlights:

Christopher Erikson, Business Manager of IBEW (International Brotherhood of Electrical Workers) Local 3, for his support of climate justice and a just transition to a green economy.  Christopher drives progress on meeting environmental needs while protecting union jobs and training the next generation of skilled electrical workers.

Teamsters Organizing Committee at SIMS Municipal Recycling, for their fearless efforts in winning a union at the city’s largest recycling plant.  In the words of José Lopez, a Sims worker and union leader: “This contract ensures that the workers who recycle New York City’s waste will be treated with respect and will be able to take care of their families.  We are proving that immigrants can win justice through solidarity, even in Trump’s America.”

Check out the event photos on our Facebook album. 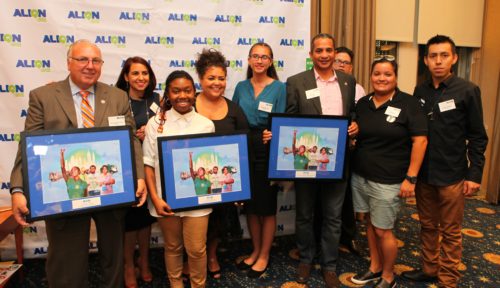