Winning and transforming our economy for workers, communities and our planet.

Countdown to push the Climate and Community Protection Act across the finish line! 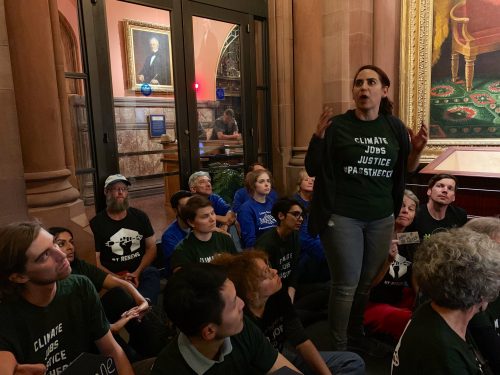 We have a week left to pass this landmark bill that will move the state’s economy to 100% renewable energy by 2050, invest 40% of clean energy funds in disadvantaged communities, and provide higher wages for environmentally-friendly jobs. On Tuesday, we showed up and sat in with a statewide coalition of allies to push the Governor and legislators hard to get this done. 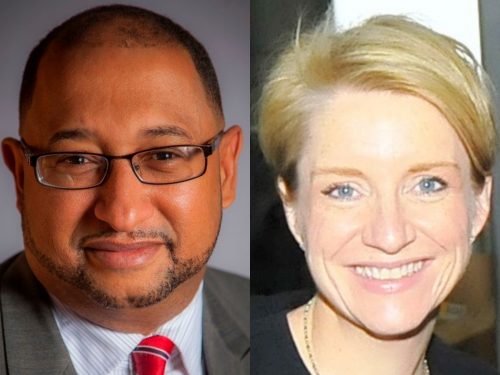 A big welcome to Henry Garrido, Executive Director of DC 37, and Bernadette Kelly, International Brotherhood of Teamsters Representative, who have just joined as new members of ALIGN’s Board or Directors! 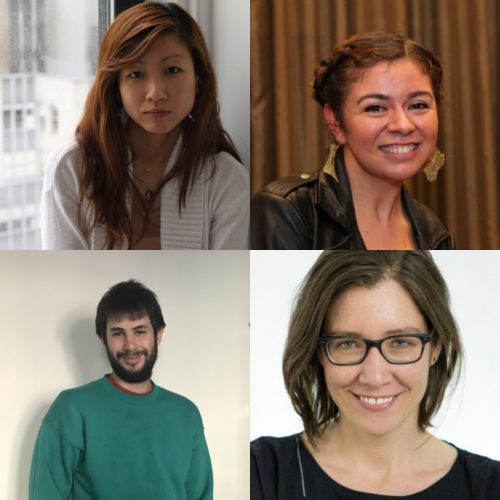 And we’ve added several new staff to our team since the fall: Daisy Chung has returned to ALIGN as Deputy Director, Jake Streich-Kest came on board as a Campaign Coordinator, Chio Valerio-Gonzalez is our Campaign Director, and Sunshine Royanian Ludder joined us this spring as Director of Strategic Research and Communications.

A World-First Win on Climate Action 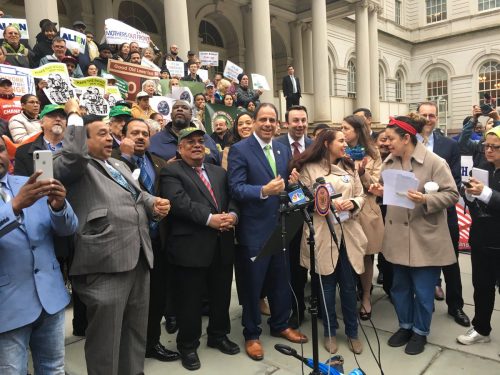 We know our global climate crisis requires bold, sweeping action — and that’s why ALIGN worked relentlessly to build support for a world-first law that only a few years ago was seen as an impossible and radical idea. The legislation requires owners of New York City’s largest buildings to slash their climate emissions 40% by 2030 and 80% by 2050. And this spring, following several years of hard work, we succeeded in getting this mandate passed into law, which now stands as a model for cities across the country.

This victory was the result of an organizing effort that was truly unique — bringing together labor, community, and environmental justice advocates with housing advocates, architects, and green buildings experts. And getting governmental policy makers and elected officials on board too.

Now, New York City has an opportunity to show what a just transition looks like for workers and particularly low-income communities and communities of color: this transformative bill is expected to create over 20,000 local jobs in the green energy economy to carry out the needed energy efficiency and retrofitting work. But effective, well-resourced advocacy for the implementation phase of the law will be critical to make sure that we realize that potential. Our city’s survival and our communities’ hope for a sustainable, just future counts on it.

One Big Step Closer to Transforming a Notorious Industry 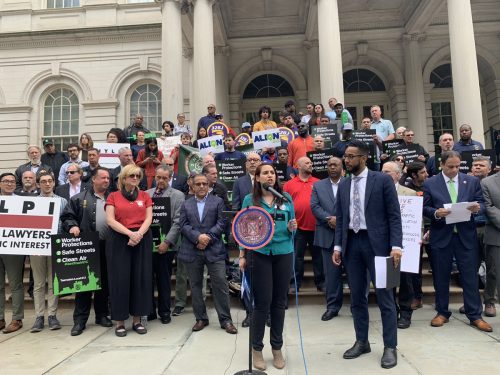 After six years of organizing with workers and the communities impacted by New York’s private commercial trash hauling industry, we stood on the steps of City Hall two weeks ago with the City Council’s Sanitation Committee Chair Antonio Reynoso to introduce legislation that will change the lives of thousands of sanitation workers, and radically change how trash is collected from offices, restaurants, and other businesses in New York City.

For far too long, New York City’s commercial waste hauling industry has operated like the Wild West — with extremely dangerous, often illegal, practices and paying below-poverty wages — and with almost no accountability. With our coalition partners, we’ve taken the reins to put a system in place that will work for the industry’s workers, for the health and safety of the communities that the trucks pass through, and for the small businesses that need the service. It’s also the next big step on climate emissions: this legislation will eliminate 18 million diesel truck miles from New York City’s streets every year.

The City Council’s hearing on the bill is coming up later this month. We’ll be there to testify with a broad group of allies to just how critical this legislation is to clean up this industry and protect the workers and the people living in communities like Bushwick, Northeast Queens, and the South Bronx who bear the brunt of the system we have now. 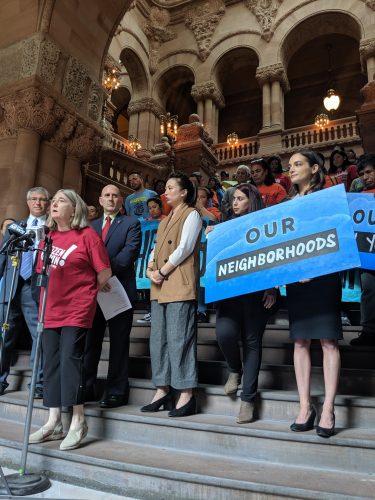 For as long as ALIGN has been around, we’ve been pushing back against corporate power, and the moment that we heard Amazon announce they were coming to New York with nearly $3 billion in public giveaways, we sprung into action. We were able to quickly bring together a broad coalition of community and labor groups to respond and fight the backroom deal, thanks to the longstanding alliances we have built over the years.

Understandably, some thought we were crazy to take on this fight. But we took it on because the people who live near the planned “HQ2” site in Long Island City and nearby neighborhoods in Queens were looking at a future of being displaced by Amazon’s empire. And because Amazon is a proudly public union buster that treats its workers terribly. And because New Yorkers should not be asked to subsidize the richest man in the world — literally the person who needs our financial support the least.

It was a huge moment that reframed what people think is possible when it comes to corporate accountability. We created a lot of momentum for holding Amazon and other corporations accountable to the communities they operate in, and for halting their outsized and growing power over our economy.

Part of achieving that locally is also challenging the corporate-dominated system of economic development in New York and putting standards in place that tie New York’s support to fundamentals like workers’ right to unionize and a public process for public subsidies that takes into account what we stand to lose as well as who stands to gain.

Ultimately, we’re building a movement of community and labor organizations that aims to transform our economy — where workers and communities have a say in our own economic lives, rather than allowing the largest corporation in the world to dominate and pit our communities against each other. 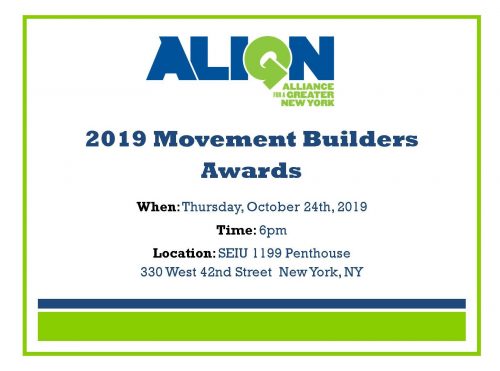 Oct 24, 2019 will be our Movement Builders Awards gala! Put a hold on your calendar to join us in October to celebrate outstanding leaders at the forefront of racial, gender, and economic justice as innovators, protectors, and trailblazers.