A big step forward in cleaning up NYC’s #DirtyBuildings! 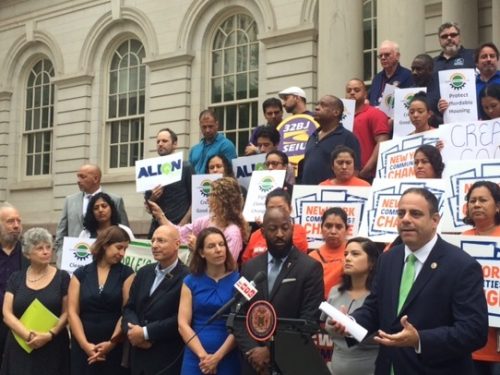 As we continue to witness storms ravishing our coasts, the consequences of climate denial become increasingly clear. With the federal government failing to do its job, aggressive action from cities is needed more than ever. For years, Climate Works for all has demanded through the “Dirty Buildings” campaign that NYC enact bold legislation to cut pollution from the City’s largest source – its buildings – while creating good jobs and protecting rent-regulated tenants from steep rent hikes.  In August we reached a remarkable consensus between advocates and industry, reflected in the Urban Green Council’s Blueprint for Efficiency, and which the NYC Council plans to introduce as legislation. We are now calling on members of the Council to pass a bill that will create thousands of jobs per year, reduce emissions, improve air quality, and protect affordable housing. 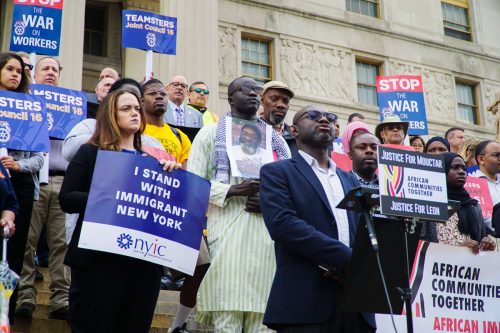 Last November, a Sanitation Salvage truck struck and killed Mouctar Diallo, a 21-year-old Guinean off-the-books worker, then five months later the same driver struck and killed Leon Clark, a 72 year-old pedestrian. In addition, from June to August inspectors found 129 instances of illegal work shifts exceeding 14 hours. The ALIGN-led coalition Transform Don’t Trash persistently called on the Business Integrity Commission to take action. Finally in August BIC suspended the company’s license to operate in the city based on “a pattern of unsafe business operations that creates an imminent danger to life and property.”

This action marks an important step in holding the industry accountable and moving toward a more just sanitation system. While this action is an important first step, we know true justice won’t come until the city introduces systemic reforms in the form of commercial waste zoning. Our coalition partners recently saw an important milestone in the fight for a just sanitation system with the passage and signing of a waste equity bill, to keep more garbage out of overburdened communities. And City Council Speaker Corey Johnson recently spoke in favor of a strong exclusive commercial waste zoning plan. We expect the city and council to move forward with the zoning plan in the near future. 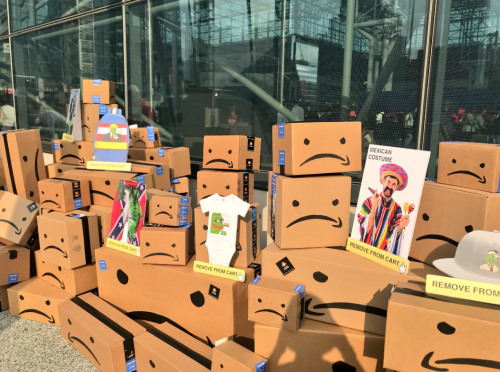 After white supremacist Dylann Roof murdered nine Black churchgoers in Charleston in 2015, Amazon said it was banning the sale of Confederate flag images from its site. However the Action Center on Race and the Economy and the Partnership for Working Families, for which ALIGN is an affiliate, released a report showing that not only are products with Confederate flag and other hate imagery still three years later widely available on Amazon, but that Amazon allows recognized hate groups to use its various platforms to spread their ideas and generate resources. In July we organized the “Primed for Hate” rally outside the Amazon summit, demanding they put an end to the sale of white supremacist merchandise. At this rally we stood with ally organizations, partners in labor, and Comptroller Scott Stringer and Public Advocate Letitia James, and delivered a letter and petition signed by 40,000 activists. Following our action Amazon took several of the items down.

ALIGN in the News

New York Daily News: “The subways’ new leadership test: Where will the money for long-overdue transformation come from?”, Sep 19, 2018

El Diario: “Wherever you work in New York, the new laws of sexual harassment protect you”, September 17, 2018

At the ALIGN 2018 Movement Builder Awards on October 11th, we are honoring leaders at the forefront of the fight for racial, economic, and climate justice in New York City:

We look forward to recognizing and celebrating all the incredible work they have done. 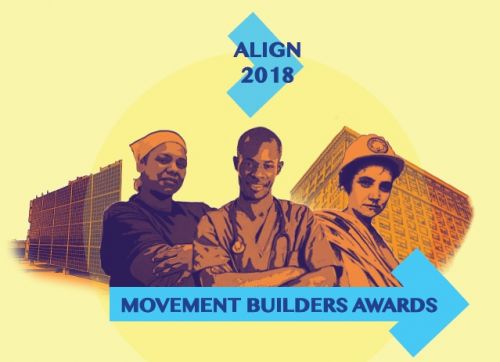