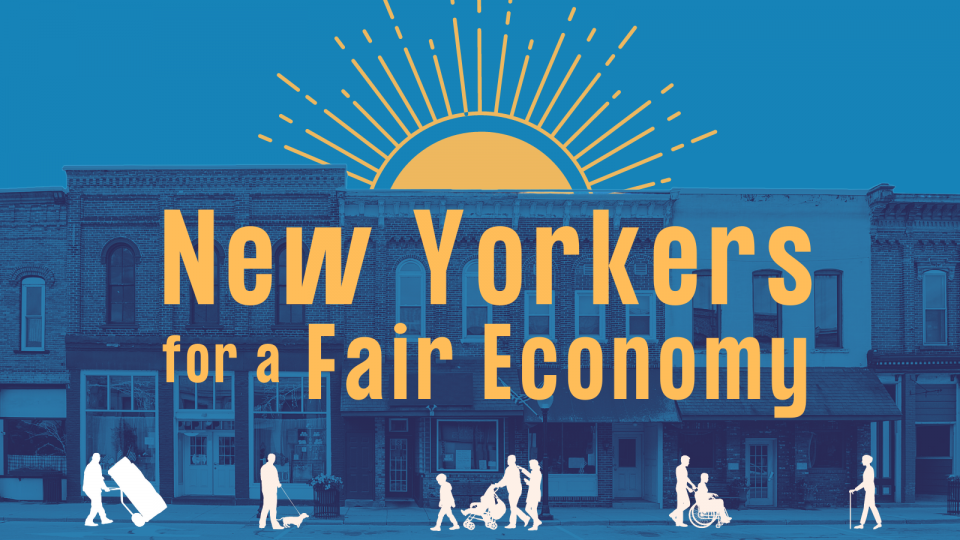 We are writing to express our strong support for the Twenty-First Century Antitrust Act (S933A/A1812A), which would empower enforcers and private actors to rein in anti-competitive and abusive tactics corporations use against small businesses and workers. The Twenty-First Century Antitrust Act would provide workers and small businesses with significant new protections, putting New York at the vanguard of the national push to ensure that dominant corporations can’t use their power to unfairly drive down wages or block competitors from accessing markets.

For decades, courts have undermined antitrust laws by re- and mis-interpreting them, making it too difficult to hold corporations accountable when they abuse their market power. This has allowed economic markets to become increasingly concentrated, resulting in reduced competition, innovation and quality in many areas of the economy. Similarly, increasing concentration in labor markets has negative impacts on worker pay, conditions and mobility. Research shows that where firms are able to exercise outsized labor market power – or “monopsony power” – wage growth is limited, and workers are often forced to accept onerous working conditions that they would otherwise not accept if more employers were vying for their services.

With these labor provisions, the bill provides strong new protections for workers by explicitly naming monopsony power – which is the ability of corporations to use their buying power to lower wages in concentrated labor markets – as worthy of antitrust scrutiny. It also specifically names the ability to impose non-compete and no-poach restrictions on workers as evidence of corporate power. These provisions will help ensure that workers have the ability to access fair wages and freedom of job movement, and don’t have to accept substandard pay or other restrictions in order to provide for themselves and their families.

Corporate interests will undoubtedly claim that this bill will harm small businesses and workers. But that isn’t true. This bill would provide the chance to level the playing field for smaller businesses, so that they can compete on the merits of their ideas and products, rather than be subject to the whims of dominant gatekeepers that use their power to block out competitors.

There is national momentum behind reforming and updating antitrust law to deal with the challenges presented by today’s monopolists. Passing the Twenty-First Century Antitrust Act would be a major step forward in that fight, and we urge you to do it as soon as possible. For these reasons, we ask that all members of the NYS Senate and Assembly champion the Twenty-First Century Antitrust Act (S933A/A1812A): become a co-sponsor, raise the bill in conference, and vote yes when it comes before you.

Jews for Racial and Economic Justice

Strong Economy for All

Save My Mom and Pop Business Coalition

Action Center on Race and the Economy (ACRE)