A coalition of labor unions, small businesses, and community organizations fighting for a higher minimum wage in New York.

Workers are facing a wage crisis. With prices rising at the fastest rate in 40 years—for everything from gas and rent to groceries—working New Yorkers are squeezed and families can’t make ends meet on $15 an hour. Meanwhile, wealthy corporations report record profits while continuing to exploit workers. This wage stagnation, combined with the impact of the pandemic and rapidly rising costs, has eroded the minimum wage’s value across the state. Families are living paycheck-to-paycheck, at or on the brink of poverty. This is a moral travesty. The current minimum wage is no longer enough; raising wages across the board and ensuring that they never fall behind the cost of living again will help protect and restore the dignity of New York’s working families.

Workers have been fighting against low pay and bad working conditions for decades. Fast-food workers in New York led the way when they walked out of their jobs demanding a $15 minimum wage and a union–a demand that would gain momentum nationwide and become the movement known as the Fight for $15. Thanks to that movement, New York was one of the first states to adopt a $15 minimum wage. We are proud of the progress made—and we’ve got to keep fighting. Raise Up NY is part of this history of fighting for economic justice in NY. We are a broad coalition of workers, labor, community, and responsible businesses, and we are committed to ensuring that workers earn wages they can live and thrive on. 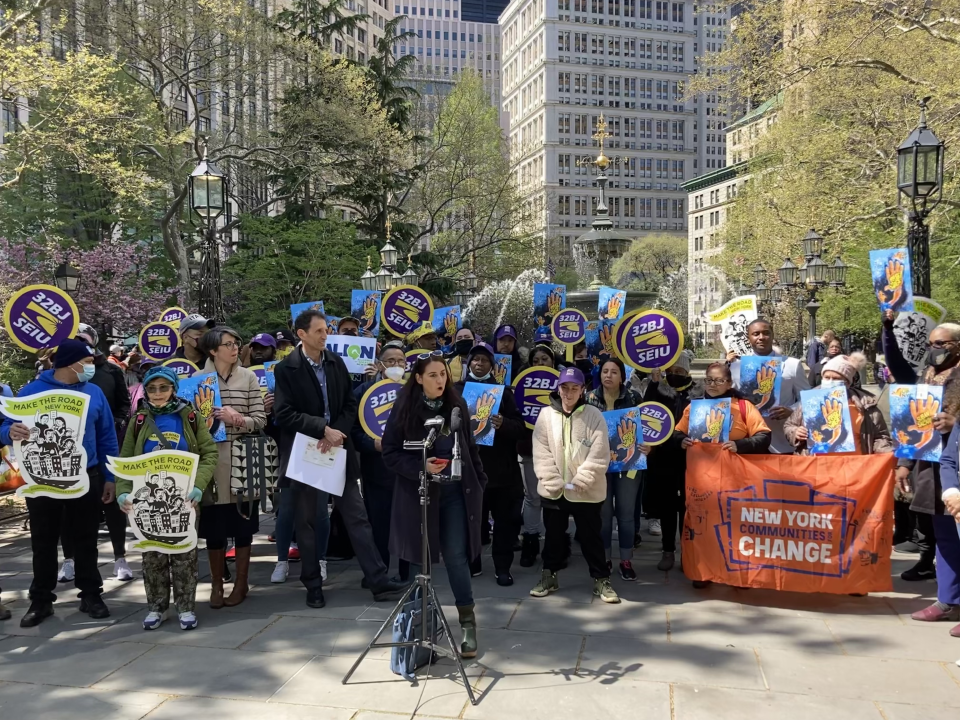 What We Are Fighting for

Alongside the Raise Up NY coalition, Senator Jessica Ramos and Assemblymember Latoya Joyner have introduced legislation that would increase New York’s minimum wage, with mechanisms that would keep up with the rising cost of living and increases in workforce productivity. Here’s what it would do:

For more information about this campaign, contact Tal Frieden at tal@alignny.org, and visit www.raiseupny.com